This article was published in the Daily Telegraph 6 June 2019

“The trend for small breeds is leading to an increase in the number of people being treated for dog bites, the Royal College of Surgeons (RCS) has said. More than 23,000 hospital admissions in the past three years were related to people being bitten or struck by dogs, with a 5 per cent increase during that time.

In 2015 there were 7,658 admissions, but by last year that had risen to 7,987. The RCS attributed the uptick in biting incidents to rising sales of smaller dogs, many of whose owners seemed to be unaware of the ‘significant damage” they were capable of inflicting. 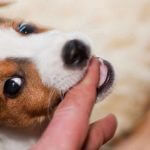 Professor Vivien Lees, a consultant plastic surgeon and RCS council member, said: “Even smaller, less intimidating breeds, such as those that have become more popular, are still capable of causing significant damage, particularly to babies.”